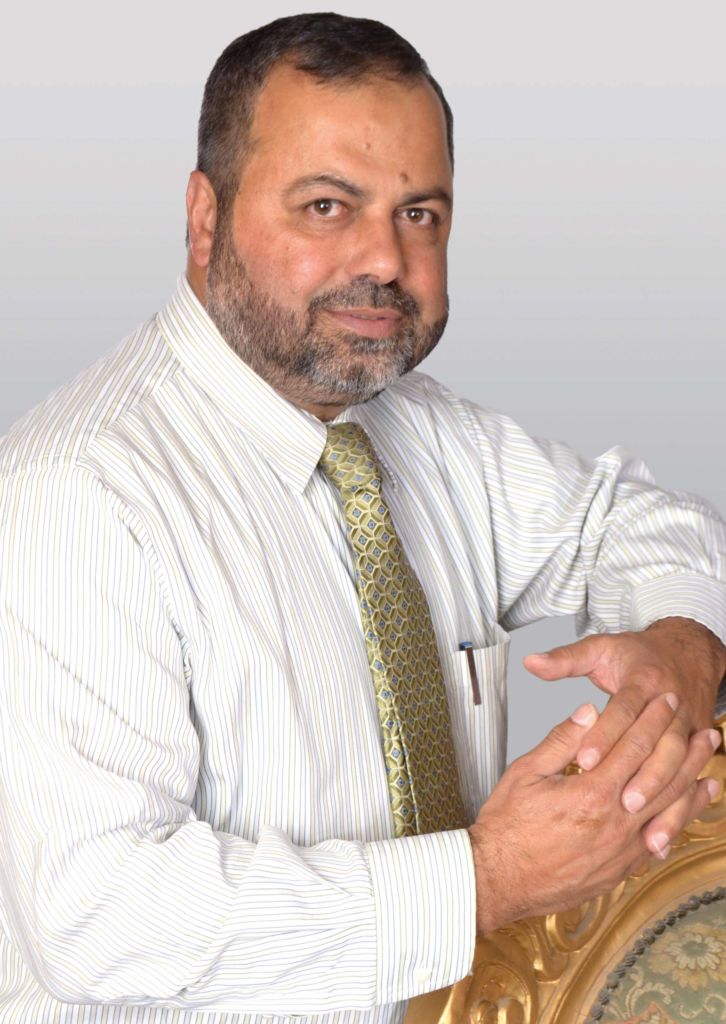 Riad Ali was born in Al-Khadr, Palestine, eight miles away from Al-Masjid Al-Aqsa in Jerusalem, and three miles away from the Church of Nativity in Bethlehem. Al-Khadr was a small village then but visited by tourists from all over the world. The village is known for the ancient Solomon’s Pools, previously the main source of water for Jerusalem, as well as a historic castle from the time of the Crusaders.
During his early childhood years, Ali helped with his father’s construction business. In 1982, he moved to the United States in pursuit of his education. His academic career consists of the following accomplishments:

Before completing his MA, Riad passed his PhD qualifying exam in computer science but had to discontinue his studies for personal reasons.

Since Riad’s arrival to the States, he has been involved with Islamic organizations like MSA, ISNA, and MAS. He held leadership positions at the local and national level. As a student, Riad coordinated and was one of those who translated “ سلام S ماذا يعني انتمائي ل إ ل ” (To Be a Muslim), by Fathi Yakan.

Riad has also been involved in the establishment of several Islamic centers. He worked with Dr. Ihsan Bagby on different research projects about the Muslim community. “Thanks goes out to Riad Ali – of the website Muslim Guide – who was invaluable in the mosque count,” in “The American Mosque 2011.” – January 2012 report by Dr. Bagby. In his professional life, Ali worked as a support engineer with Ericsson between the years 2000 to 2016.

Documenting the evolution of Muslim presence in this country has been Ali’s passion for the past several years and he is currently more determined than ever to carry it to fruition, insha Allah (God willing).